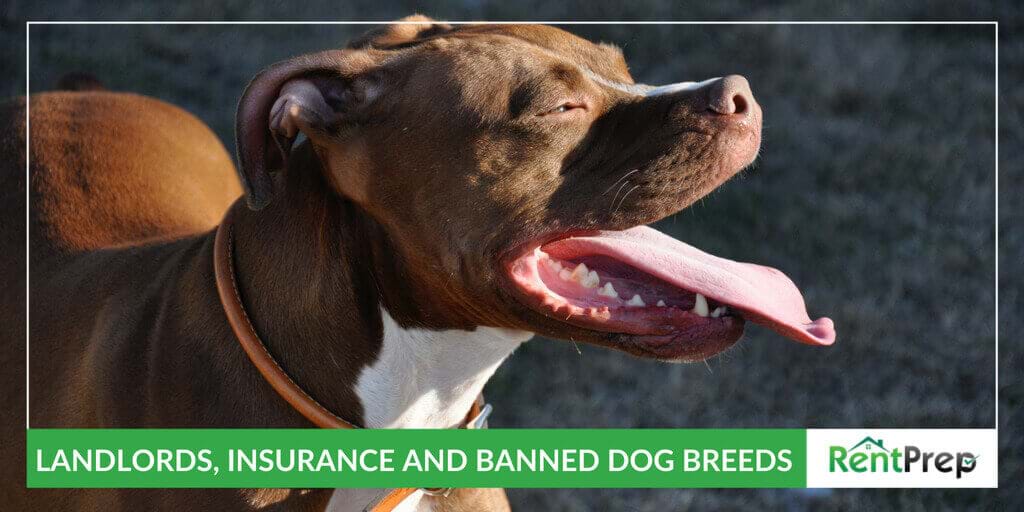 Landlords must carry insurance on any property they own, and it is meant to take care of things like liability and personal injuries for tenants and guests on the premises. Attacks from dogs are just one of many things that can happen that causes landlords to file an insurance claim.
According to the website DogsBite.org, there are approximately 1,000 people in the United States that suffer from dog bites, per day. The website reports that 81% of dog attacks are on children. It also states that only about 9 percent of all dog breeds that exist today are responsible for the majority of attacks.
As a result, more and more insurance companies are coming up with lists of dog breeds that are banned from coverage. In other words, the insurance coverage will not extend to incidents involving that dog. We’ve got a comprehensive list of these breeds coming up, but first, what should landlords know about why insurance companies even care about dog breeds?

Why Do Insurance Companies Focus on Certain Dog Breeds?

Certain dog breeds have a reputation in society for being more aggressive than others, and some breeds are definitely most likely to be involved in bite-related accidents than other breeds. Studies and statistics reinforce which dog breeds are most involved in bites, maiming and fatalities.
Insurance companies are supposed to evaluate the risk of an incident happening, and they often feel that the presence of certain dog breeds on a home owner’s property boosts that risk. Certain dogs simply pose a higher risk of harming someone than others, so to many, it makes sense to ban those breeds from coverage.
This motivation for creating a banned breed list is a business decision made by the insurance companies to balance their coverage of the incidents that might happen on a person’s property and their need to minimize the risk of extreme payouts that could sink their company. Most insurance companies develop their own lists and issue them company-wide.
Certain states have deemed the practice of banned breed lists, such as Pennsylvania and Michigan, and many other states are working on legislation that would put a stop to such lists. Many opponents of banned breed lists argue that proper training and care can eliminate the problems in even the most stereotypically aggressive breed and that poor training and improper care can elevate a “non-violent” breed of dog into something dangerous. However, insurance companies have to do risk assessments for a range of circumstances, and a banned breed list seems to make sense to many of them as a way to categorize potential problems.
So what does this mean for landlords? In order to protect their investment and ensure that their insurance coverage extends to cover any dog bite incidents, landlords must specifically ask their insurance agent about whether or not the company has a list of banned dog breeds. If they do, the landlord needs to make sure that all applicants and tenants are not owners of any of the banned breeds of dogs.

There are many different lists put out by insurance companies across the country about which dog breeds are considered the most dangerous and therefore banned from coverage. Again, most of the banned breeds make these lists because statistically they are involved in more attacks on people than other breeds.

With a history of being bred as fighting dogs, perhaps no breed is more associated with attacks than the pit bull. Statistics show that pit bulls are the number one breed involved in dog bites and dog attacks in the country, far more than any other breed. Advocates insist that the breed’s bad image has been elevated unfairly and that they make excellent family pets. The website, DogTime describes pit bulls as courageous, tenacious and highly trainable. However, without proper handling, they can be unpredictable and their size and strength make any attacks especially vicious.

Alert, fearless and loyal—these are the traits that are frequently ascribed to the Doberman Pinscher. Although Dobermans are less likely to cause fatalities when they attack, they are still capable of causing lots of injuries. These high-energy dogs are very trainable, and when socialized at a young age, experts say they are wonderful pets with little trouble.

Without obedience training, Rottweilers can be unpredictable and possessive. However, their value as service dogs, therapy animals and work dogs is beyond compare. The problem with such a massive dog as a Rottweiler is that when an attack does happen, the likelihood of fatality rises, especially for children. With proper socialization and training, Rottweilers are among the most loyal and affectionate breeds.

Their size alone means that they can seriously injure someone when provoked, and Great Danes often look more intimidating than they really are. Mature Great Danes are powerfully built and can weigh in at 120 pounds. While many Great Danes are gentle and good-natured when properly trained, their high energy level and sheer physicality can translate to dangerous levels if they become aggressive.

While not a well-known breed, the Presa Canario, or Canary Mastiff, often appears on banned breed lists after a fatal 2001 incident that made the national news. The broad chest and powerful jaws give them a very fierce look, and they can top out at around 120 pounds at maturity. Without proper socialization, Presa Canerios can be aggressive toward strangers and other dogs.

Despite the funny name, Chow Chows are known for being very territorial and may act out if they feel their family is being threatened. The American Kennel Club describes Chow Chows as serious-minded and dignified, a true reflection of the breed’s personality. These medium-sized dogs are big enough to cause harm if provoked.

While their abilities as sled dogs and as working dogs are unparalleled, the Alaskan Malamute is known to require constant obedience training. In the best circumstances, the breed makes a wonderful family pet but their strong will and intelligence means that with the wrong owner, they can easily get out of control.

Even the AKC notes that Akitas, while beautiful and hard-working, should be supervised when around other animals and children. With a respect for social hierarchy is a big part of an Akita’s worldview, they may be aggressive and dominating if they are trying to establish themselves within the family. However, their endurance, strength and speed in learning have made Akitas very common as family pets.

Bred to be fierce protectors of farms and families, the Cane Corso is also highly trainable. Also known as an Italian Mastiff, the Cane Corso can reach up to 110 pounds and its physique is definitely powerful and imposing. Descended from dogs used in ancient Roman warfare, Cane Corsos definitely need consistent training and strong leadership from its owners to curb aggressive tendencies.

In order to become a well-behaved guard dog, the Bull Mastiff needs consistent training and socialization from an early age. While Bull Mastiffs may not currently rank quite as high as other types on banned dog breed lists, the number of incidents are creeping up. With powerful jaws and a muscular body that can reach 130 pounds, a Bull Mastiff can be especially dangerous when provoked or when it feels its family is in danger.

While wolf hybrids are not an actual breed, many insurance companies include dogs that have wolf lineage as off limits for coverage. With an estimated 300,000 wolf hybrids in the United States, owners often breed larger dogs like Alaskan Malamutes or German Shepherds with wolves to create an exotic-looking pet. Almost all the states ban ownership and breeding of wolves and dogs, and the unpredictable mixture of genetic traits make them hard for people to have confidence in these hybrids.

Breed Restrictions: What Should Landlords Do?

Once landlords find out the list of banned breeds that their insurance company has put together, they can make the decision to continue to be a customer of the company or shop around for a non-discriminatory insurance company.
If landlords decide they must stick with their current insurance company, then they need to be proactive about informing applicants and tenants about the banned dog breeds. The best way to do this is during the application process, and asking questions about pets. Many landlords have a short information sheet that lists the banned dog breeds and the reasons why. They can hand out this paper during the application process or include it in the information packet for the rental property during an open house.
Banned dog breeds should also be listed by name in the lease agreement or as an addendum to the lease. If tenants move in without a dog and later acquire one that is on the banned dog breeds list, the landlord can consider this a violation of the lease agreement and there are grounds for a Comply or Quit Notice that could lead to eviction.
Pet-friendly rental properties are highly desirable and landlords that allow dogs, especially with no restrictions on breeds or sizes will usually have plenty of applicants when a unit is vacant. However, if the landlord’s insurance company has a list of banned breeds that they require, landlords must make the decision on whether to comply or switch companies. It’s unfortunate that most of the time, dog attacks are a result of poor training and bad owners rather than the dogs themselves, but landlords must take everything into consideration regarding pets, and dogs, in particular, to see what makes the most sense for their business.